now the pleasure boat to the erhai park near the sea causeway, we cameashore to the ship, this is under the group foot of a hill binhai tourarea along 270 multistage stone steps ascendslevel on, we arrive the summit.everybody looked that, this curls upwardsangle upturned eave pavilion is looks thesea building, the eave hangs from above the plaque, submits a writtenstatement: jade er silver dark green ", the black bottom goldcharacter, vigorous is classically elegant, it is the chinese inadmiration of somebody's fame painter wu zuoren's writing skill. looksthe sea building is understands "the jade er silver dark green"happiest extent, leans against a railing looks out into the distance:east side erhai vast, boundless, west cangshan is continuous,luxuriant is gray.

fellow friends, let us go on board once more, roams through to erhaiin. but i first must to everybody introduction be actually amcangshan. formerly, we in the dali city, under on the dark green footof a hill road, have not been able to look at carefully the cangshangrand appearance well. just like the ancient said "does not know thetruth about the matter, only reason body in this mountain"; looks thesea building in the erhai park, the angle of view inclines, also onlycan see the cangshan terminal. now, unceasingly leads the way alongwith the pleasure boat, in our eye cangshan is not clearer? somepeople said that, a hengduan pulse condition great arm, the tibetplateau extended west yunnan from "the roof of the world" to thesouth, cangshan was in this world famous sierra a cloud range branch.

cangshan, also names the diancang, is green because of its mountaincolor, the mountain apex acquires fame in vain. cangshan altogetherhas 19 peaks. this 19 peaks from the north to the south order are: thecloud makes, green, five, the lotus flower, the white clouds, thecrane cloud, three positive, the blue peak, the snowman, should behappy, the goddess of mercy, center and, longquan, the jade bureau,malone, the saint should, buddha go against, ma er, the setting sun.in 19 peaks, the malone peak is highest, elevation 4,122 meters. thecangshan 19 peaks, two peaks clamp a brook, altogether 18 brooks; eastthe mountain stream flows, pours into erhai, 18 brooks from north tosouth, the base arrangement is: south the rosy cloud moves, wan hua,the positive brook, the awn wells up, the brocade brook, the spiritspring, the white stone, the double mandarin duck, hides the immortal,mei xi, the peach brook, center the brook, the emerald, longxi, clearblue, remnant, pavilion mouth, is not positive.

the cangshan scenery by the snow, the cloud, springstone is famous. i firstintroduce cangshan to everybody the snow. after the summer needlesscangshan snow, is dali "the love affair" four given names scenery. thesnow white cangshan snow, all previous dynasties article literatiapproves the refined language quite a lot, the folklore also many. thethe ming dynasty writer li yuanyang once praised: "date li cangshansnow, precioustai 19 peaks".

cangshan's cloud is the famous biography is far and wide. the cloudgathers the cloud to disperse, sometimes the pale like light smoke,sometimes is thick like splashes ink. in fluctuates varied center, what is most mysterious is "looks the husband cloud" and "thejade belt cloud". so-called "looks the husband cloud" is referswhenever the winter spring the season, the cangshan jade bureau peakregular meeting appears a lonely cloud, suddenly remembers suddenlyfalls, about flutters, if hoped if attends to. unusual occupying to anits appearance, the diancang then suddenly gets up the storm, blows toerhai. so-called "jade belt cloud", is refers whenever at the end ofthe summer fallinitially, after rainfirst clear, between the cangshan 19 peakshalfways up the mountainside often can appear white clouds, the cloudsgatherscollects, slowly pulls open, if the pure white jade belt horizontallyties the green mountainside. is continuous dozens of miles,unexpectedly the date does not dissipate. marvelous is, "the jade beltcloud" meets the omen agriculture abundant harvest: it appears thenumber of times to be many, same year on good crop weather. local painationality has the farmer's proverb: "cangshan is the jade belt, thehungry dog eats the rice". 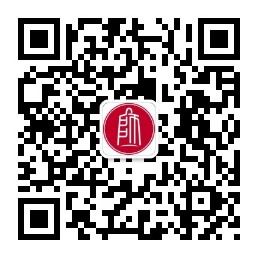